Good soul of the club. Member since 2010. By profession, the insurance intermediary Allianz pojišťovna, a.s. 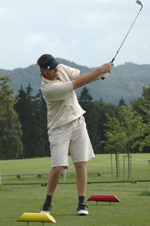 He has been playing golf in our club since 2007. In addition to golf, he trains volleyball youth. He became a member of the committee in June 2021 and took over the function of club secretary. 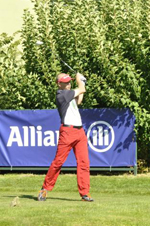 He has been a golf player and a member of our club since 2011. He has been websites creator for over 20 years. He has been created and maintained our website since 2014. 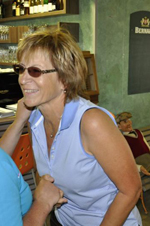 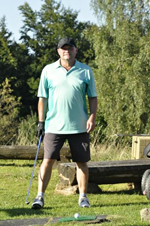 He has been a golf player and a member of our club since 2018.

He has been a member of the Club Committee since November 2012 and has the function of a STK representative. He has been playing golf since 2006. He was an active volleyball player. 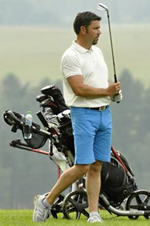 He was the secretary of the club since November 2012 and represents the younger blood on the committee. He has been a member of KHGCS since the beginning of 2011.

He has been a member of our club and golf player since 2006. He is also a member of the golf club of the Chamber of Deputies of the Czech Republic. He was elected to the KHGCS Committee in 2012. In Děčín he is known as a long-time sports functionary and active devotee of tennis and football. 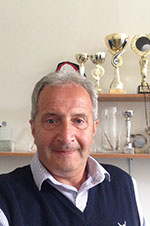 A golfer who beats a golf ball with the emblem of the Genoa club instead of his heart. He has been a member since 2010. Since October 2020, he has been the club’s manager and the main greenkeeper of the Genoa course. He is a civil intermediary for Allianz Insurance. 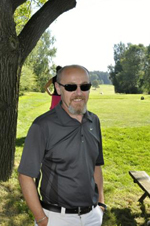 He is the statutory representative of the club in relation to CGF. He was elected president in November 2012. He has been an active golf player and has been a member of our club since 2004. He failed during his one-year postgraduate studies in London, finding from his colleagues who also help people get rid of substance abuse is not just a sport for the “top 10,000” but also for the “ordinary” people.

Copying or distribution of content without the written consent of the Klub hráčů golfu České Švýcarsko is prohibited. All rights reserved.

Cookies (other than those listed in Section 89, Paragraph 3, Sentence 2 of Act No. 127/2005 Coll., On Electronic Communications, as amended as of 1 January 2022) will be used only with the prior consent of you in order to provide you with the most relevant experience using our website by remembering your preferences and information about your previous visits. This may make your next visit to our site easier and more user-friendly.

You can find the scope and purpose of using such cookies in the "Privacy settings" tab, where you can also revoke your consent. You can agree to the use of all cookies via the "Accept all" button, or select one of the categories beyond the "necessary cookies" via the "Accept selected" button.
Cookie Settings Accept selected Reject All Accept All

This website uses cookies to improve your experience while you navigate through the website. Out of these, the cookies that are categorized as necessary are stored on your browser as they are essential for the working of basic functionalities of the website. We also use third-party cookies that help us analyze and understand how you use this website. These cookies will be stored in your browser only with your consent. You also have the option to opt-out of these cookies. But opting out of some of these cookies may affect your browsing experience.
Necessary Always Enabled
The necessary cookies are absolutely necessary for the proper functioning of the website. These cookies anonymously provide the basic functions and security features of the website.
Functional
Functional cookies help perform certain functions, such as sharing website content on social media platforms, collecting feedback, and other third-party functions.
Performance
Performance cookies are used to understand and analyze key performance indexes of websites, which helps in providing a better user experience for visitors.
Other
Other uncategorized cookies are those that are analyzed and have not yet been included in any category.